intdash Edge is middleware that performs various kinds of processing at network edges. intdash Edge manages and automatically retransmits data lost in transmission in an unstable network. It also operates as an interconnection bridge between many different devices and iSCP. 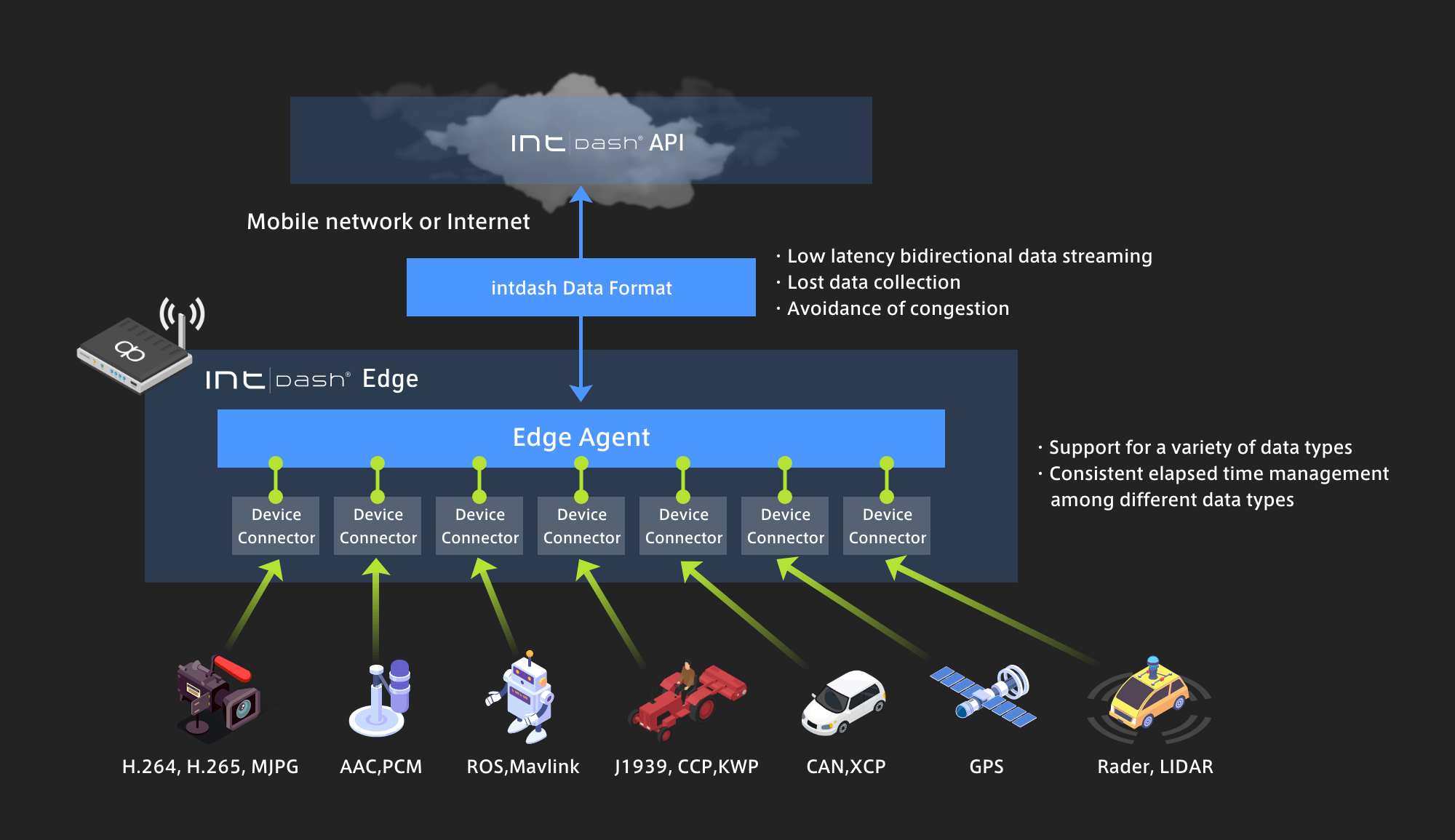 intdash Edge Agent is agent software that exchanges data with the intdash API. The user can connect a device to intdash just by implementing a Device Connector plugin for the device. intdash Edge Agent allows you to develop client applications that use the basic functions of intdash Edge, such as automatic retransmission and data flow control, with minimum additional implementation.